Many years ago, the newly organized Papillion Garden Club held craft fairs to put money in their treasury. We felt we wanted to use this money for something locally in Papillion. Since Papillion didn't have anything to honor our veterans, we decided to purchase a Blue Star Memorial. This memorial honors all past, present, and future United States Military. In 2012, with assistance from The City of Papillion, the Jr. Women's Club, and Canoyers, we were able to purchase and create a site for the Blue Star Memorial. It was placed in Triangle Park, a part of Halleck Park.

The City was totally in favor of the park and changed the name to Veterans Park.  They had extensive plans drawn up that would enhance the area and many of those plans have been completed.

As a club, we maintain the flowers around the memorial. We also have contributed further to Veterans Park by purchasing benches, trees, large cement flower pots, and a flag pole.

Veterans Park has evolved into a wonderful, restful, place to honor our Veterans. We are very proud to have been the start of something so important.

The photos below are from the 2012 dedication.  Click on the file name to read the original Papillion Times article on the Papillion Garden Club and the Blue Star Memorial. 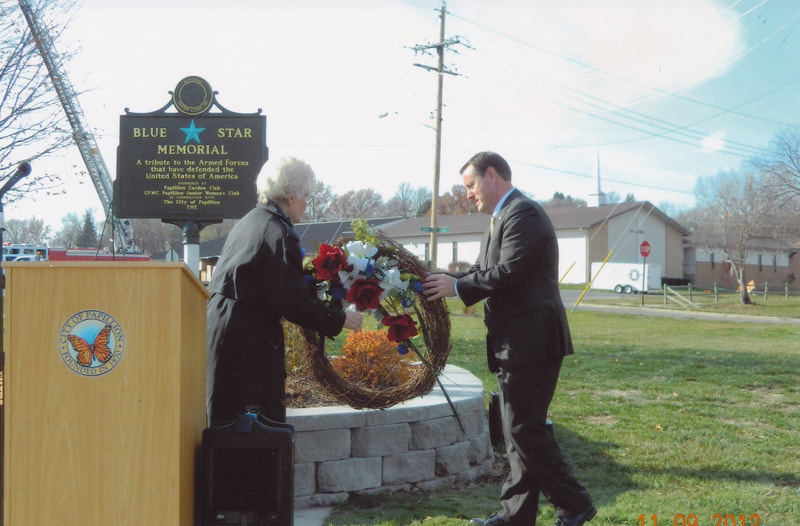 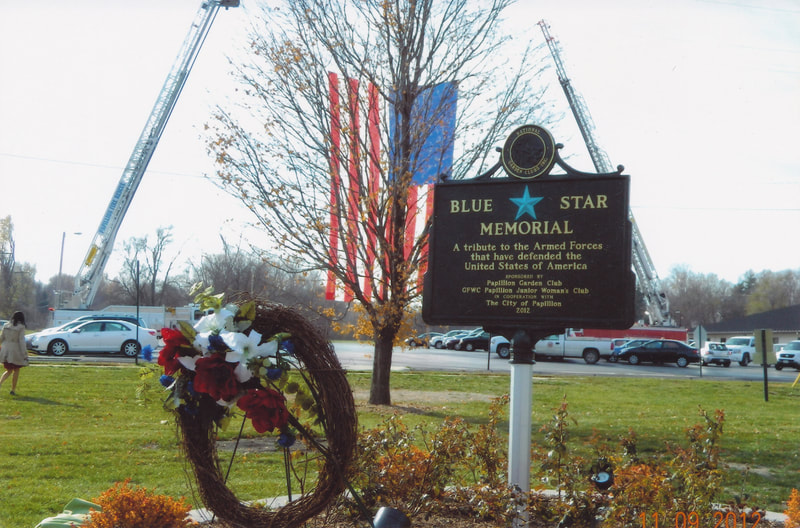